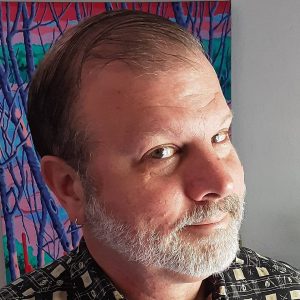 I began my public interest career in 1986 with the California League of Conservation Voters, and worked on electoral and organizing campaigns in Northern and Southern California, Massachusetts, Pennsylvania, Maryland, Virginia and the District of Columbia in the late 1980s.

After a year abroad, I returned to California in 1990 to found the grassroots political organization Sonoma County Conservation Action, serving as its Executive Director and chief political strategist for ten years.

During my tenure, Conservation Action became the California North Coast’s largest environmental advocacy organization, helping to elect dozens of environmental leaders to local and state offices. SCCA organizing campaigns played a deciding role in a series of uphill policy victories placing Sonoma County at the environmental forefront of the nation. Among them:

From 1998-2000, I secured grant funding for a public education project, the North Bay Environmental Institute, and managed its program to build voter support in Marin County for the Sonoma Marin Area Regional Transit (SMART) rail system. Voters approved SMART in 2008.

From 2003-2009, I served as senior staff to the Laguna de Santa Rosa Foundation, a wetlands conservancy and environmental education organization where I was responsible for program development, fundraising, communications and government relations. As Associate Executive Director, I worked with the Board and Executive Director on strategic planning, board development, and the organization’s capital campaign. I was the primary staff member charged with fundraising, leading efforts which raised more than $6 million from public and private sources through grants development, events, and major donor and capital campaigns.

From 2012-2014, I was Chief Development and Communications Officer for Wu Yee Children’s Services, San Francisco’s largest provider of Early Head Start Services, serving 6 locations and with a budget of $13 million. I was responsible for all aspects of fund development and led initiatives to upgrade the agency’s data management and IT systems, as well as development of collateral, messaging and media relations.

From 2015-2017, I served as Development Director for the Conservation Corps North Bay, a workforce development organization serving underserved youth and particularly new immigrants and people of color.

Most recently, I was engaged as Development Director at Food For Thought, a specialized food bank providing nutrition support to those facing serious medical conditions. During my tenure there, major donors increased numerically by 40%, and their giving by 77%. A planned giving program I implemented secured more than three quarters of a million dollars in planned gift commitments in its first six months.

My relationships in government and understanding of process have enabled me to communicate clients’ concerns to local, state and federal decision makers. I have testified before the California State Legislature and the governing boards of regulatory agencies at the municipal, county, regional, state and federal levels.

I look forward to discussing your good work. Thank you for considering my services.